Okey is the number one condom brand in Turkey, a definite market leader in the country for a couple of decades, which lead to genericization of the brand (using the brand name as a generic name for the type of product).
Imagine what a challenge it was for us as a young agency at the time, to implement major changes to a brand like this!
In 2013 Lekub won a creative pitch against 6 well established international branding&design agencies and our adventure with Okey began.

After a couple of years of hard work to finalise the range working with the company’s top marketing leaders, followed by a number of consumer researches, focus groups & internal researches, the company management was still reluctant to take such big of a leap and completely change the identity of a brand as loved as Okey.
So as a compromise, they decided to trial-launch an innovative product instead and see how the consumers will react to it. Okey Tenn – the first ever in Turkey non-latex condom was launched in early 2015, gaining an unheard of for the category market share in only 6 months. The rest is history. We launched the new main range of 13 product variants immediately after and it was a great success, followed by the creation of several sub-brands such as Zero, Nirvana etc. Of course the gel range was renewed accordingly too.

A couple of years later Eczacibasi started exporting the Okey products to several new markets in Eastern Europe, Middle East and Central Asia. As an agency that knows most of these markets and works with all the different scripts they require (Cyrillic, Arabic, Mkhedruli/Georgian, etc.), we were one of the key partners to get all Okey products ready for these new markets, meeting all they legal, aesthetic and technical requirements for their exports.

Oh and did we mention that most of these countries (including the main market – Turkey) are extremely sensitive when it comes to products like this and we had to face a number of legal, cultural and religious constraints, in addition to the marketing challenge itself. 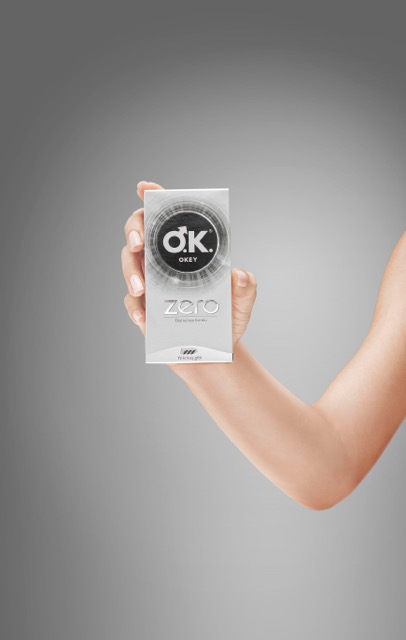 “We have been very impressed by Lekub’s ability to literally read our minds and deliver a new brand identity and new design architecture that perfectly fits our brand’s needs. Lekub is more than an agency, they are our long term partner.”